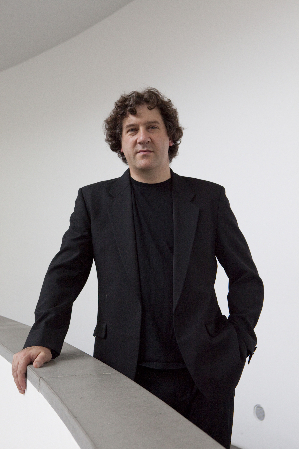 Lambeth Orchestra announced today the appointment of Peter Selwyn as Principal Conductor along with Michael Cobb, who will join as Principal Guest Conductor. This follows an extensive search and long recruitment process.

Peter conducted the Lambeth Orchestra during its inaugural post-pandemic season in 2021/22, giving an acclaimed performance of Wagner, Mahler and Shostakovich. The celebrated conductor who has worked at some of the world’s great opera houses is taking over from Dr Christopher Fifield, who served as Music Director since 1982. On 9th April, Peter returns to the Lambeth Orchestra, this time as a Principal Conductor. The program includes Ravel Fanfare from L’Éventail de Jeanne, Ravel Menuet Antique, Dvorak Symphonic Variations and Vaughan Williams A London Symphony.

Peter Selwyn was Kapellmeister and Head of Music at the Staatstheater Nürnberg, leading to important roles at the top opera houses of Britain and Germany. This included three seasons at Bayreuth as assistant to Adam Fischer and Giuseppe Sinopoli on the millennial Ring Cycle and a long association with the Royal Opera Covent Garden as assistant conductor, repetiteur and coach. Over the past 25 years, he has conducted over 60 operas worldwide. His extensive symphonic repertoire has led him to work with numerous orchestras and ensembles, among them Nürnberger Philharmoniker, Wiener Symphoniker, Orchestra dell’ Teatro Comunale di Bologna, City of London Sinfonia, Southbank Sinfonia, Aurora Orchestra and the National Youth Orchestra of Scotland.

Lambeth local boy, Peter first heard Lambeth Orchestra when he attended concerts with his parents; we are thrilled to keep the local connection alive.

Cobb has an MA Performance in Orchestral Conducting from the Royal Welsh College of Music and Drama, and a BMus (Hons) from Royal Holloway, University of London, where he discovered his passion for conducting with his first teacher Lev Parikian, and developed his interest in chamber music performance under the guidance of cellist Robert Max and conductor Neil Ferris.

Nina Swann, Chair of the Lambeth Orchestra said: “We are delighted that Peter Selwyn is joining the orchestra as a worthy successor to Christopher Fifield.  In addition to bringing his considerable gifts as a musician, he also brings innovative ideas that will ensure that both our audiences and players keep coming back for more! I’m looking forward to working with both him and Michael Cobb on this exciting new phase in the Orchestra’s history. ”

Peter Selwyn, added: “I am delighted to be joining the Lambeth Orchestra, whose concerts I used to attend as a child. I am very excited by the prospect of working with an orchestra with such a broad repertoire of work, positive energy and enthusiastic musicians, and I look forward to many fabulous concerts together. The exceptional way the orchestra has bounced back from the pandemic is a testament to the commitment of the entire organisation towards music.”

Michael Cobb followed up with: “It is a great pleasure to be invited to work closely with Lambeth Orchestra alongside Peter Selwyn. The orchestra has a thirst for finding deeper meaning in all genres of symphonic music. They have a unique capacity to work fluently as a whole ensemble and therefore produce meaningful vision in performance. I am greatly looking forward to my continuing the journey with Lambeth Orchestra.”

The orchestra is celebrating its 50th anniversary this year and will soon be announcing the 2022/23 programme.