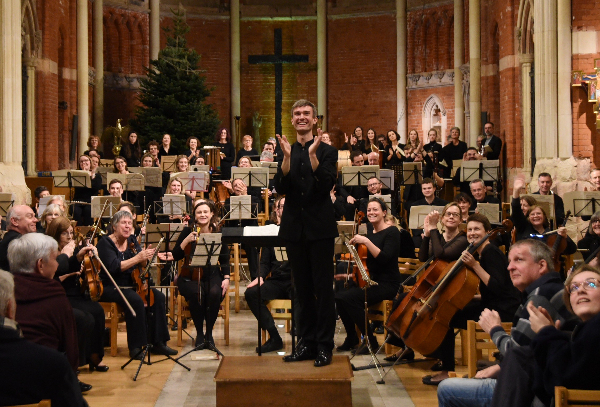 Michael has an MA Performance in Orchestral Conducting from the Royal Welsh College of Music and Drama, where he trained under David Jones and assisted Carlo Rizzi on a production of Verdi’s Falstaff. Michael also worked as an assistant conductor for Welsh National Youth Opera during his time in Cardiff, working with Alice Farnham on an award-winning production of Sir Peter Maxwell Davis’ Kommilitonen!, and Stephen McNeff on a studio recording of his own Welsh language opera Hedd Wyn.

Michael graduated with a BMus (Hons) from Royal Holloway, The University of London, where he discovered his passion for conducting with his first teacher Lev Parikian and developed his interest in chamber music performance under the guidance of cellist Robert Max and conductor Neil Ferris.